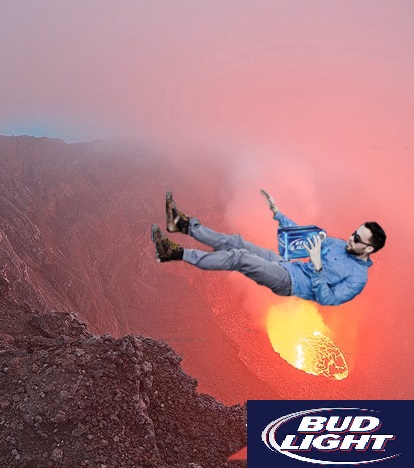 Bud Light’s “Up For Whatever” campaign turned fatal again as another man was duped into playing this dangerous game of hedonistic roulette. After Rodney Hampton woke up in an ice-filled motel bathtub without his kidneys, it was assumed that no one would be “Up For Whatever” ever again. Sadly, the prospect of limo rides and meeting One Republic continue to lure men to their deaths.

Yesterday, Tanner Logan was approached in his local bar by a moderately attractive, outgoing young woman. She asked, “If I give you a Bud Light, are you up for what happens next?” He predictably agreed, and one hour later, he was clutching a case of beer as he plunged 400 feet into a pool of lava.