With the prices of oil hovering below 50 dollars per barrel, many of the nation’s dinosaurs are starting to feel like second class fossil fuels. “Are we worth anything?” asked Nate Horner, a Triceratops from South Dakota. “It’s just heartbreaking that 55 gallons of decaying, organic slurry from my ancestors is worth about as much as a night out at Applebees.” 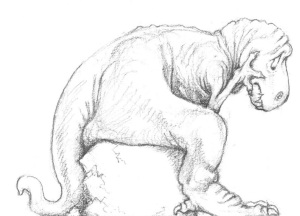 Warren Kosar, senior paleontologist at the Museum of Natural History, remains deeply concerned about how this is affecting the nation’s Jurassic citizens. He writes, “How would people feel if our clothes were fabricated from cheap, human sweat? How would we feel if bargain basement blood was the currency used to gain economic advantages? I mean, we have no idea how this is impacting the collective dyno-psyche. I think a long term fix would be to either raise oil prices or triple the admission of the next Jurassic Park film.”